Like many celebrities these days, David and Victoria Beckham are no strangers to brand protection and the benefits it can bring. Over the years, they have secured registered protection for a host of trade marks, including their own names and those of their children. However, the Beckhams haven’t always enjoyed success in their trade mark pursuits. For instance, some of you may recall Victoria's ultimately unsuccessful dispute with Peterborough United Football Club over the word POSH.

Followers of football (note to any US readers, we’re talking about football of the soccer variety) will be familiar with Inter Milan, the Italian club commonly referred to by the single word ‘Inter’. Since the creation of the club in 1908, it has won numerous domestic and international trophies, in the process becoming one of the most successful and valuable football clubs in the world.

In 2014, Inter Milan filed a US trade mark application for the word INTER covering football-related entertainment services and a range of merchandise products. After several rounds of correspondence with the US Patent and Trademark Office (the ‘USPTO’), the application was accepted and published for opposition purposes in September 2018.

David Beckham is the joint-owner of Club Internacional de Futbol Miami - Inter Miami CF for short - which is due to make its competitive  league debut on 1 March. The name of the club was announced in early September 2018 and a US trade mark application for the club badge (which includes the full club name rather than the shortened version) was filed on 24 September 2018.

In March 2019, Major League Soccer, LLC (MLS), which owns the trade mark rights for all football clubs playing in its league, including the Inter Miami club badge application mentioned above, filed an opposition against Inter Milan’s INTER application. In accordance with US procedure, the opposition was filed to the Trademark Trial and Appeal Board (the ‘TTAB’). The reason given for the filing of the opposition was that ‘MLS intends to file a US trademark application for INTER MIAMI CF’ and ‘MLS expects the INTER Application to be cited against such an application’.

The opposition was based on two claims:

a) that the word INTER is descriptive, and

b) that Inter Milan’s use of INTER in connection with the goods/services covered by its application is ‘likely to cause confusion, or to cause mistake, or to deceive, with consequent injury to MLS and to the public’.

In support of these claims, MLS submitted that a number of football clubs, both in the US and elsewhere, use the word INTER in their names and that, owing to this common use, ‘the relevant consumers do not associate the term INTER with one soccer team’. MLS also quoted a USPTO Examiner’s comments in an earlier unrelated case that the word INTER is ‘merely descriptive of applicant and its goods and services’ because ‘the term INTER is short for internacional (which translates to international) and INTER is commonly used to describe soccer teams’.

In later submissions, MLS claimed that it would ‘be harmed by the loss of the word INTER as a component of future team names if registration is allowed...Given the widespread use of the word INTER as part of the names of soccer clubs, it is reasonable to expect that additional member soccer clubs...may wish to use INTER as part of their names or nicknames’.

On 3 January 2020, following requests by Inter Milan that the opposition be dismissed, the TTAB issued its first interim order. On MLS’ first claim regarding the descriptiveness of the word INTER, the opposition was found admissible. This did not mean that the opposition had succeeded but, rather, that this particular claim would continue to play a part in the future proceedings.

Journalists not familiar with trade mark law have inevitably seized upon this preliminary partial victory for Inter Milan, publishing headlines which suggest that Inter Miami CF may have to change their name before even kicking a ball in competitive matchplay. However, those of us with some knowledge of US trade mark opposition proceedings will be aware that such headlines are premature.

US oppositions are notoriously time-consuming and expensive, with seemingly endless introductory procedural rounds before the parties really get down to business. Unsurprisingly, following the TTAB’s interim order, MLS have submitted an amended likelihood of confusion claim and Inter Milan have again requested that the claim be dismissed. Only when the TTAB’s final decision regarding the admissibility of the likelihood of confusion claim has issued will the proceedings be able to progress.

It is also worthwhile pointing out that the function of the opposition is to decide whether INTER can be registered as a trade mark by Inter Milan, not whether Inter Miami is guilty of trade mark infringement.

Going forward, it is difficult to see how MLS will succeed with their likelihood of confusion claim bearing in mind they appear to have no earlier rights of their own in the word INTER. Therefore the crucial issue is likely to be whether the word INTER is considered merely descriptive and consequently incapable of functioning as an indicator of origin in respect of Inter Milan’s goods and services. Inter Milan will presumably fight this claim all the way to the final whistle. 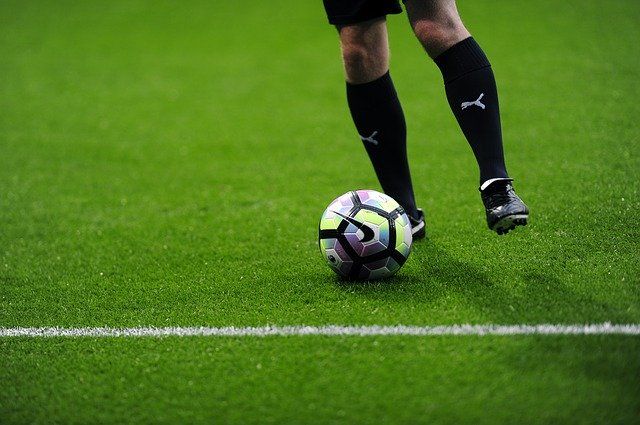