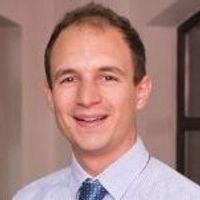 Over the last few years, the EPO Boards of Appeal have become more strict regarding the late filing of new facts, evidence or requests. The Boards are expected to become even more strict when the new Rules of Procedure of the Board of Appeal enter into force (possibly in early 2020).

A recent decision by the Board in T47/18 confirms that even under the current Rules of Procedure, parties before the EPO should not expect late-filed facts, evidence or requests to be admitted in appeal proceedings.

In the case under consideration in T47/18, the opponent only raised inventive step objections in their grounds of appeal. After the parties had been summoned to oral proceedings, the opponent then raised new lack of clarity and added-matter objections against claims that had already been considered during the opposition proceedings.

The Board exercised their discretion not to admit the new grounds into the proceedings, on the basis that new objections which were not raised in the of grounds of appeal are considered to be an amendment to a party's case.

In particular, the Board felt that the new submissions from the opponent went beyond the submissions serving to underpin the facts, evidence and grounds filed in good time, and were based on new legal grounds not previously addressed in the appeal proceedings.

This case highlights the existing need for any party in appeal proceedings before the EPO to present their entire case in their grounds of appeal, and preferably to also raise any potential grounds of opposition before the Opposition Division if possible. This is likely to become even more of a necessity after the new Rules of Procedure are implemented.