I admit I did not. It’s Dutch model Maartje Robin Elke Verhoef and, apart from being very beautiful, of course, she contributed to further clarify European trade mark law, by giving the EUIPO`s Fourth Board of Appeal the opportunity to decide on the registrability of a portrait photograph as a trade mark (Case R 2063/2016-4).

The Audrey Hepburn and the Christian Benteke trade marks, additionally to the photograph, also feature the signature of the person in the photograph, so no issues came up. In the other two mentioned cases, the issue of the distinctiveness of a portrait photograph was at stake, because it was argued that the average consumer would not perceive the portrait of a person as identifying that the product originated from a particular undertaking, and would not consider that the person in the picture was the producer of the goods.

The German Federal Patent Court found in both cases that a portrait photograph of a person is distinctive and can be registered as a trade mark (29 W (pat) 147/03 Marlene Dietrich and 29 W (pat) 81/98 Michael Schumacher), and also ruled that, even though the person in the photograph was a well-known person, there was no ground to keep the images freely available.

In the case of the Maartje Verhoef trade mark, the issue regarding the distinctiveness was also raised with regard to some of the goods and services for which registration was sought. Additionally, the examiner maintained that according to him, the image did not have any particular characteristic capable of influencing the memory of the consumers, so that they would be able to distinguish the goods and services labelled with the image from those of others. According to the examiner, the form of presentation did not differ from other representations of women’s heads or faces, so that the consumer would only see the image of a head or face, but not necessarily that of Maartje Verhoef.

Why? Because, unlike the rather artistic photographs in the cases of the Marlene Dietrich or Audrey Hepburn trade marks, and unlike the unquestionable fame of the two actresses or the two sports stars, and unlike the easy recognisability of the celebrities depicted in these trade marks, in the case of the Maartje Verhoef trade mark, we are confronted with a seemingly normal passport style photograph of a seemingly normal pretty girl, unless one knows Maartje Verhoef, the model. There is no artistic component, no visible editing, no glamorous styling, no fashion setting and, at the time of registration, a lower level of fame than that of e.g. Audrey Hepburn.

As the trade mark in question covers, amongst other goods/services, a wide range of goods/services in classes 3, 18, 25 and 35 and includes goods such as beauty products, jewellery, handbags and clothing and similar items, as well as retail services regarding such products, and as images or photos of people are commonly used and appear on the packaging of such goods, the examiner concluded that the trade mark was of descriptive character, because it merely referred to the effect or look of the products.

The Board of Appeal, on the contrary, followed the argument of the applicant and ruled that the portrait photograph was distinctive, because in regard to the goods and services in question, it could not be assumed that the consumer would perceive the photograph of a person as giving information about the quality or use of the goods or being in a specific relationship with them. The only connection the consumer would probably make, was that the photograph represented a model or fashion designer and had, therefore, no descriptive content, other than indicating the commercial origin of the goods/services, which is precisely the point of a trade mark.

It furthermore ruled that the trade mark in question was a specific photo of a specific individual with her unique facial features, and even though it was a realistic representation, depicted in common colours and with a common background, the image would still enable consumers to distinguish goods from those of a different undertaking, because the appearance of the picture had nothing to do with the appearance of the goods. Even if the photo was in the form of a passport photo, it was still a unique representation of the person with the capacity to identify that person.

So, the Board of Appeal clarified that as long as a photograph features a specific individual, it is registrable, whether the person is well-known or not. Though what is not decided, so far, is the question to what extent the fame of the person in the photograph or the artistic elaboration of it has an influence on the strength of a trade mark, when confronted with a similar sign. In other words, what is the range of protection of a simple, normal passport photo of a pretty, but not particularly styled or famous woman? At what point will a simple passport photo of another blonde woman be considered similar and lead to an infringement? There is probably more likelihood of confusion between an average passport photo and another, if the persons are not well known and, therefore, not immediately recognised as particular individuals, but just perceived as any random persons, than if one of the photographs is of a famous person. At the same time, the “normality” of the photograph cannot lead to a monopoly on all passport photos of blonde women with similar features and a similar haircut. I dare to say, that the criteria that apply when assessing the similarity of two portrait photographs will probably be quite strict, but we will not know until such a case has been decided.

Nevertheless, the possibility to register a portrait photograph as a trade mark gives further opportunities to artists, models, sports-stars, designers or business personalities to brand and market products not only under their name but also with their specific looks . 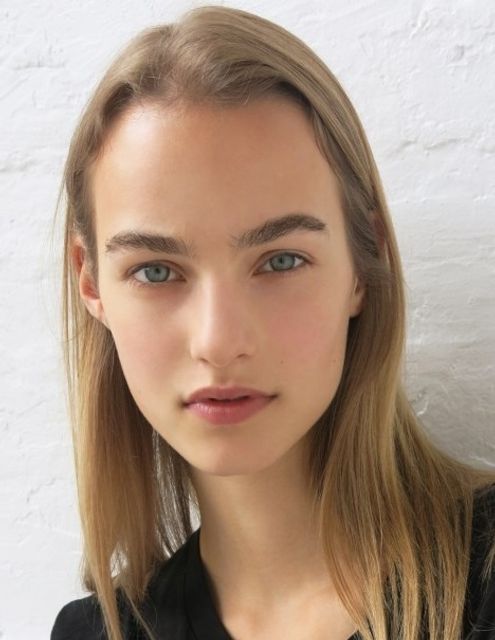 So you have a great idea or invention? Keep it confidential (for now)....
Michelle Menne, Dehns Patent and Trade Mark Attorneys

I spy with my little AI
Dr Mark Bell