My article last month (here) highlighted the legal and financial benefits that registered trade mark protection can provide to football clubs, particularly those in the Premiership. The benefits are not, however, limited to the clubs. Over recent years, individual players have been getting in on the act, obtaining registered protection for their names and thus opening the door to lucrative personal merchandising and sponsorship opportunities. Argentina and Barcelona forward, Lionel Messi, is one such player.

Few football fans would dispute that Messi is one of the greatest players to have graced the pitch. Five-time winner of the FIFA Ballon d’Or, he has also won countless trophies with club and country, as well as breaking numerous goal-scoring records during his professional career. Messi’s latest success, though, has come off the pitch with the General Court of the European Union finding in his favour in a long-running trade mark battle.

Having owned an EU trade mark registration for LIONEL MESSI since 2007 covering a range of goods including perfumes, jewellery, printed matter, clothing and sporting articles, Messi applied in 2011 to protect the logo shown below for the same range of goods.

Following the acceptance and publication of the application, some of the goods (specifically life-saving apparatus and instruments, clothing, footwear, headgear, gymnastic and sporting articles) were opposed by Jamie Masferrer Coma, the owner of two earlier EU trade mark registrations for the word MASSI covering, among other things, clothing and bicycle helmets. Mr Masferrer Coma subsequently transferred ownership of his registrations to Spanish company, J.J.-E.V. e Hijos S.r.l., who became the opponent in the proceedings. The opposition was based on a claim that there was a likelihood of confusion between Messi’s application and the earlier registrations for MASSI owing to the similarity between the words MESSI and MASSI and the similarity of the parties’ goods.

EUIPO and Board of Appeal Decisions

The EU Intellectual Property Office (EUIPO) considered the matter and, in 2013, issued a decision in favour of the opponent, holding that there were visual and phonetic similarities between the words MESSI and MASSI, and that the goods were identical or similar. Conceptually, the EUIPO concluded that the words were either not similar (owing to their different meanings in different parts of the EU) or had no concept in common (in parts of the EU where neither word conveyed any particular meaning). Overall, the EUIPO decided that there was indeed a likelihood of confusion between the marks. Messi appealed the decision but the Board of Appeal decided that the EUIPO had not erred in its judgement and, consequently, the appeal was dismissed.  On the subject of the conceptual comparison, the Board of Appeal stated that "MESSI and MASSI are meaningless words for most consumers and the conceptual dissimilarity based on the fame that Lionel Messi enjoys among football fans only concerns part of the public, who is interested in football and sport in general ."

Undeterred and being in possession of the necessary funds (it is reported that Barcelona pay Messi a staggering £500,000 per week, not including bonuses), Messi filed a further appeal to the General Court of the European Union (‘GC’). The GC’s decision issued on 26 April 2018.

In a decision that might surprise some, the GC has annulled the EUIPO’s decision. Although the GC considered the two marks to be visually and phonetically similar, it concluded that the EUIPO had erred in its conceptual comparison. Firstly, the EUIPO was wrong to hold that Messi’s reputation only extended to the part of the public that was interested in football or sport in general. Rather, Messi is a well-known public figure who is regularly on television and is often the subject of media discussion. Secondly, the EUIPO should have examined whether a significant part of the relevant public would not make a conceptual association between the word ‘Messi’ and the name of the famous footballer. Thirdly, the GC said that the relevant public must be assessed with the particular goods covered by the mark in mind, i.e. sports equipment and clothing (even if not limited to the field of football). According to the GC, it was unlikely that an average consumer of such goods would not, in the vast majority of cases, directly associate the word ‘Messi’ with the famous footballer.

As a result of these considerations, the GC held that the conceptual differences between MESSI and MASSI outweighed the visual and phonetic similarities and, accordingly, there was no likelihood of confusion.

This case clearly demonstrates that the conceptual comparison of two marks should not be overlooked and, indeed, can be the deciding factor in assessing whether there is a likelihood of confusion.  Having said that, few sporting individuals enjoy the same degree of fame as Lionel Messi and, therefore, they may still find it difficult to obtain registered protection for their surnames if visually and phonetically similar marks are already registered by third parties.  The GC's decision has also drawn attention to the question of who the 'relevant' public is.  Trade mark owners and their attorneys should give careful thought to this issue when preparing, or defending against, oppositions.

Even if the signs at issue are similar overall, the conceptual differences between them are such as to counteract the visual and phonetic similarities identified. 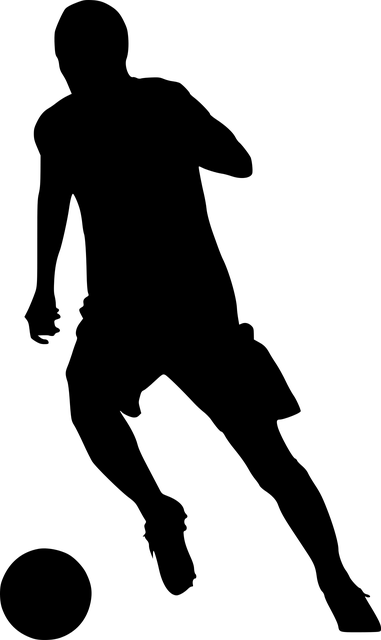