Patent applications are also often directed to technology that drives the inner workings of products (such as mobile phones or aircraft) or industrial processes (think pharmaceuticals or petrochemicals), both of which are hidden from the ultimate consumer. Sometimes an invention turns out to be not quite the best thing since sliced bread and the patent application is quietly shelved, while yet to be discovered riches lie in others.

For these reasons it may take many years for the technology described in a patent application to develop from the intangible "intellectual property" into a tangible device, process or product.

It is therefore always exciting, as a patent attorney, to see an invention, which you first discussed with an inventor as an early idea, being brought to life.

As a fairly new trainee, I was involved in discussions with academic inventors for patent applications for internal confinement fusion that are now being developed by the inventors' spin-out company, First Light Fusion. At this early stage, although the research was sound, the goal of fusion was very much a dream.

Now that dream is being realised and First Light are in the process of building "Machine 3", due to start operating at the beginning of next year and they expect to be able to demonstrate nuclear fusion later in the year. Very exciting times!

Machine 3, which is already under construction and is due to be completed by the end of the year, will be capable of discharging up to 200,000 volts and in excess of 14 million ampere – the equivalent of nearly 500 simultaneous lightning strikes – within two microseconds. 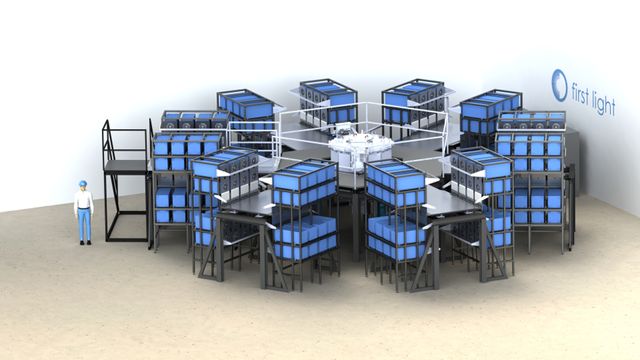 First Light Fusion is investing GBP3.6 million (USD5.0 million) building what it says will be the only pulsed power machine of its scale in the world dedicated to researching #fusion energy #nuclear https://t.co/51NLcqsuEd pic.twitter.com/gIfCoXvZD4

An Oxford-based #fusionenergy firm is investing £3.6 million to build a pulsed power device with the aim of bringing the technology closer to reality. https://t.co/59pb2NDDCl pic.twitter.com/gc2ozAAi9b