The updating of the Lufthansa logo and corporate identity has sparked some controversy in design circles. I don't want to contribute to that, because I have no expertise in the matter and personal taste is not relevant. The subject inspired me, though, to look at the revamping of a logo from a trade mark law perspective. What are the consequences? Where are the risks? What happens to the trade mark protection if the sign is changed? Does the new sign need to be registered?  Is there any disadvantage to registering the new logo?

Unfortunately, such questions are rarely raised during the creative process, but often come up later on, once the makeover is complete.  However, they should be addressed and discussed with your trade mark attorney early on in the process, because they matter and because proper guidance is required to ensure that the makeover contributes to the strength of a trade mark and does not weaken trade mark rights.

Those who read my earlier post regarding the Testarossa cancellation case will be familiar with the concept of trade mark use and the risk of cancellation of a trade mark, if it is not used.

In brief, if a trade mark is not used for five years, then third parties can file an application for revocation of the trade mark. In fact, challenging a trade mark registration on the basis of  non-use is a standard counterattack in opposition and invalidity proceedings. The procedure and judicial body might be different on a European and national level, but the principles are the same.

So what happens if a registered trade mark is modernised, revamped or changed, and from that moment on, is no longer used in the form in which it is registered, but only in the updated, modified form? Does this mean the registered mark will be vulnerable to cancellation for non-use after five years?

As always in law, it depends!

The European Trade Mark Regulation, and consequently the national European trade mark laws, provides that use of a mark in a form that differs from that in which it is registered, still constitutes use of the trade mark, as long as the differing elements do not alter the distinctive character of the trade mark.

This provision takes into account that, over the lifespan of a trade mark, tastes change, and what might have been nice to look at in the 70´s, can appear outdated and wrong 30 years later. Depending on the industry sector, this can have serious consequences for the competitiveness of a brand. Therefore, the trade mark owner is allowed to use a registered trade mark in a varied form. Case law has developed criteria on how far a variation can go and when it will be considered a different trade mark, such that it will no longer constitute use of the mark as originally registered.

If non-dominant elements or descriptive elements of a composite sign are omitted, it is most likely that the courts will consider it an acceptable alteration. Simple face-lifts of trade marks, such as those we have observed with famous trade marks such as Nivea, Facebook, Coca-Cola and Shell, are acceptable.

I am sure that in the case of the Lufthansa logo’s modernisation, the question will never be raised with the Trade Mark Office or before a court, and design and trade mark experts might have very different views regarding the colour combination. What is “an unbelievably elegant grey underbody” in the eyes of an artist, might not have any distinctive relevance from a trade mark perspective.  What might be seen by some as “ignoring of a legacy”, might simply be regarded as genuine use of it when viewed from a trade mark perspective.

I am also sure that a company with a sufficiently high IP budget will tend to seek protection for updated or modified versions of their trade marks, alongside the existing, older versions. Even in cases where an updated or modified version would still be protected under existing registrations, it will certainly not have any negative impact on a company’s trade mark portfolio to add separate registrations of any updated or modified trade marks. For a very short period of time, the Court of Justice of the European Union had confused the trade mark world with a decision that seemed to imply that the use of a modified version of a registered trade mark would not constitute use of the registered sign, in circumstances where the modified version was itself the subject of a trade mark registration (Case C-234/06 P, Bainbridge).   However, this decision has since been reinterpreted by the Court of Justice of the European Union (CaseC-553/11, PROTI), the law is now clarified in the new EU Trade Mark Regulation, which states at Art. 18(1)(a) that use is constituted, “regardless of whether or not the trade mark in the form as used is also registered in the name of the proprietor.”

So, as a trade mark owner, there is certainly no disadvantage to registering a new version of a trade mark.   On the contrary, it could, in certain circumstances, prove to be essential in seeing off a possible counter-attack or challenge from a third party, and thus ensuring that you are properly equipped to stop infringers.

"The new Lufthansa identity seems to ignore [Aicher's] legacy," said Weisshaar, who is one half of design duo Kram/Weisshaar. "It opts for a corporate blue that comes straight out of a late capitalist nightmare." Weisshaar compared the new livery to that of a "dodgy insurance company" or "a failed bank". "What we'll miss most is one of the most beautiful liveries in the skies, with this unbelievably elegant grey underbody," he added. 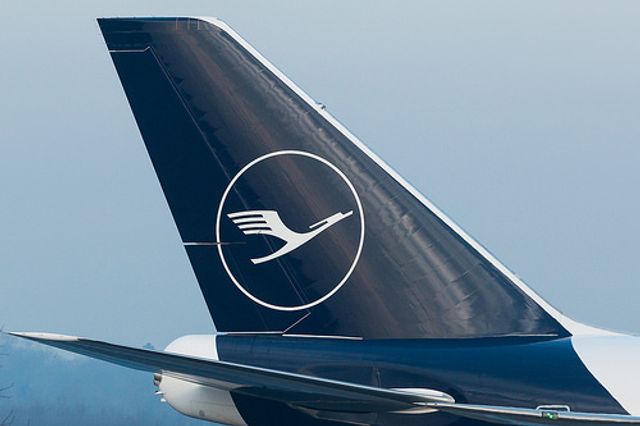 Lufthansa attacked for “bland and pointless” redesign of its classic logo https://t.co/D36EJJZA4A via @dezeen

One does think, why even bother!? Bit of a shame. https://t.co/4GqJKOfpM6