*(quote from the song “Send it up” by Kanye West)

Now that the advocate general at the Court of Justice of the European Union (CJEU) has handed down his second opinion, on whether the red sole trade mark is inaccordance with EU law, I feel it is time to look into the history of red sole lawsuits, for all those who got a bit confused over the years as to what has been decided by whom, where and why.

Whilst we probably all agree that we want to own as many of them as possible, because Louboutin's red soles are the ultimate luxury accessory for the female wardrobe, or “shoe goals” as the younger generation would put it, rarely has any other sign caused so much disagreement and confusion over its registrability and enforceability as a trade mark.

The lawsuit was not only illustrious because it involved a battle between two major players in the fashion world, but it was also most remarkable because both declared themselves winners in the end. The court decided that Louboutin's red sole was a valid and enforceable trade mark, but only when the rest of the shoe was in a contrasting colour, because the contrast between the sole and the upper, that causes the sole to “pop”, was the element which distinguished it as a Louboutin shoe. Yves Saint Laurent thus remained free to continue marketing the monochromatic red shoe with a red sole.

In Switzerland, the courts took a different view. In February 2017, the Federal Supreme Court of Switzerland in Lausanne found that the red sole had merely aesthetic and decorative value and was not of distinctive character, so trade mark protection was denied.

In Europe, Christian Louboutin obtained registrations of the red sole trade mark in the Benelux in 2010 and 2013, and in the UK in 2009.

An application was filed with the EUIPO in 2010 (CTMA No. 8845 539), but was refused because the examiner found the trade mark to be devoid of distinctive character. Upon appeal by Louboutin, the EUIPO Board of Appeal accepted the trade mark application, because the colour red applied to the sole of a high-heeled shoe departed significantly from the norms or customs of the sector and, furthermore, the distinctive character was corroborated by evidence that it was perceived in the market as indicating a commercial origin. The story was not over though.

The German shoe producer Roland-Schuhe GmbH & Co. KG filed an opposition against the application based on International Registration No. 920 225 for the mark "my shoes”, being a stylized mark prevalently featuring the colour red. The opposition and its appeal were dismissed, based on a finding that the signs were not similar.

Roland-Schuhe GmbH & Co. KG proceeded with an action to the General Court, which confirmed the Board of Appeal’s decision. So too did the Court of Justice, and the red sole trade mark was registered with the EUIPO on 10 May 2016. However, the story still was not over.

In April 2013, Louboutin went back to court in a dispute against Dutch footwear brand Van Haren Schoenen B.V., filing a lawsuit to get a preliminary injunction in respect of an alleged infringement of the red sole trade mark. The lawsuit was based on Louboutin’s Benelux registration. Van Haren had sold shoes with a red sole under their own brand. The District Court of The Hague awarded the preliminary injunction.

Van Haren appealed the decision and, once again, the red sole trade mark appeared in front of the Court of Justice of the European Union (Case C‑163/16), this time on the question of whether or not the red sole is a valid trade mark under EU trade mark law. The Dutch Court of Appeal (Rechtbank Den Haag) had sought a preliminary ruling on this question in the context of Van Haren´s defence that Louboutin’s trade mark was not validly registered.

In parallel, Van Haren had filed an application for a declaration of invalidity in respect of Louboutin’s EU trade mark registration

In January 2018, another application for a declaration of invalidity in respect of Louboutin’s red sole trade mark was filed with the EUIPO by Wolfgang Fuss, a German citizen. Both proceedings are currently suspended due to the pending CJEU case, because even though the Court of Justice will be deciding on the Benelux trade mark, the verdict will be decisive for the EU trade mark as well, as it will clarify for the first time the interpretation of the relevant Articles of Directive No 2008/95/EC and Regulation No. 207/2009, namely:

- the notion of “signs which consist exclusively of” said shape of the goods within the meaning of said Articles;

- the notion of “substantial value to the goods” which is “given by the shape” within the meaning of said Articles.

The opinion of the European Court of Justice’s advocate general, Maciej Szpunar, that was published on 7 February 2018, follows his first opinion of 22 June 2017 and states that Article 3(1)(e)(iii) of Directive 2008/95/EC “is to be interpreted as being capable of applying to a sign consisting of the shape of a product and seeking protection for a certain colour. The concept of a shape which ‘gives substantial value’ to the goods, within the meaning of that provision, relates only to the intrinsic value of the shape, and does not permit the reputation of the mark or its proprietor to be taken into account.”

The advocate general´s opinion is a preliminary assessment of the case. It is not binding on the Court, but is usually it is a good indicator of the likely outcome.

So, there might not be a general consensus amongst the courts on the question of whether the red sole is inherently protectable as a trade mark, but Louboutin might risk a cancellation at a European level. A decision from the CJEU can be expected within the next few months, and we are all curious to see what alternative strategy Louboutin might come up with for obtaining protection for their mark.

Tomorrow, an advocate general (AG) at the Court of Justice of the European Union (CJEU) will hand down his opinion on whether Louboutin should be able to register red soles on high-heeled shoes as an EU trademark. 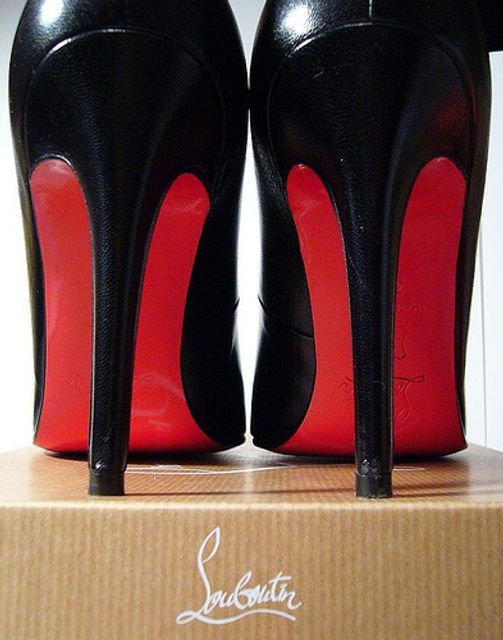 Christian Louboutin may be about to lose the right to legal protection for his shoes’ red soles https://t.co/nAvM18TUOz