Following the surprise submission last year of a "constitutional complaint" against German participation in the Unified Patent Court system, ratification of the UPC Agreement was put on hold.

The Federal Constitutional Court invited observations from a large number of third-parties representing German lawyers, government and industry, and set a 31 December deadline. The German Bar Association (Deutscher Anwaltverein, "DAV") has been first off the blocks to make public its own set of observations, which can be read (in German) here (I have made a machine translation into English available here).

The details are rather obscure to anyone without a solid grounding in German constitutional law, but in essence the DAV argues that the complaint is inadmissible, and if deemed admissible, is unfounded.

Submissions from other parties are widely expected to take a similar line, though some variation in reasoning and level of detail might be expected.

Following the receipt of these submissions, it now falls to the Court to make a decision on admissibility. Nothing is yet known about the timetable, but a decision during the first half of this year is expected by many.

If the Constitutional Court agrees with the DAV that the complaint is inadmissible, there may - just - be time for the UPC Agreement to enter into force by the end of 2018, subject to German and British ratification (the question of whether the UK will ratify the UPCA - and whether it can continue to participate after Brexit - is another story...).

One irony which hasn't escaped me in this saga: the author of the complaint is widely-understood to be a German lawyer named Ingve Stjerna, who has been a longstanding critic of the UPCA and the legislative process leading up to it. In particular, he has previously criticised the European-level negotations for a lack of transparency. Despite this, the text of his complaint to the Court has not been made public, and on his website he appears to take issue even with the limited summaries that have been made available by those who've seen it - which hardly seems a consistent attitude, bearing in mind his stance on the UPCA, nor with the fact that an alleged constitutional violation is surely a matter of considerable public interest. Whatever the outcome of the case, the publication of the DAV's response is therefore to be welcomed for shedding more light on the substance of the complaint. 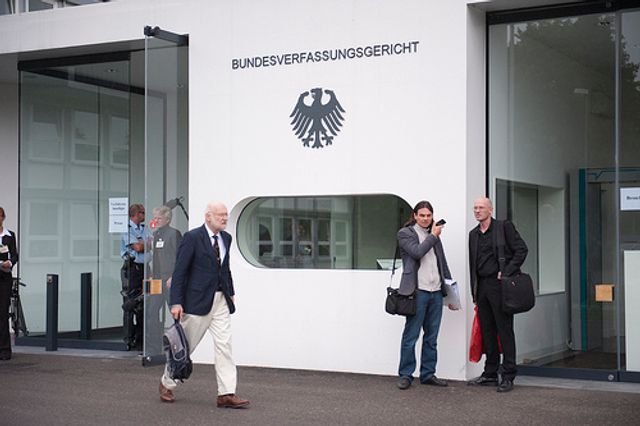 German Bar Association constitutional & IP committees publish opinion rejecting grounds of complaint lodged at country’s constitutional court about legality of UPC. Is this indication of how court will see it? Thanks to @robinson_IP for machine translation https://t.co/LkwT5jPr8B

German Bar Association, amicus brief in German Const Court case: European Unified Patent Court is compatible with German constitutional law 🇪🇺. Rather slim reasoning, but the result is ok - I wonder how they got the plaintiff’s brief, though… https://t.co/jPZALNUKdb

Hat tip to @Robinson_IP. As he indicates, I strongly suggest you read the German original if somehow possible (link in his comment). „Traduttore, traitore.“ https://t.co/AvhfqeRBqF

And the first set of 3rd-party submissions to be made in the @BVerfG #UPC case has hit the web thanks to the Deutscher Anwaltverein. Now it's time for those of us with an interest in the case to read between the lines to find out the true details of the complaint! #TeamUPC https://t.co/7r9mM6qjLX

Ace up their sleeves
Dehns Patent and Trade Mark Attorneys