The American Chemical Society (ACS) and fellow scientific publisher, Elsevier, have filed a lawsuit in Germany against the popular online platform, ResearchGate, alleging copyright infringement. This development follows a request from a larger group of publishers, the International Association of Scientific, Technical and Medical Publishers (STM), that ResearchGate change its policies on article-sharing.

ResearchGate is an online platform that allows researchers to interact with one another and to share their articles, research and data.  ResearchGate also copies and extracts content from such articles and data for various purposes, including  for internal databases. The platform was initially founded in Boston in 2008 and subsequently moved to Berlin. Since its launch, it has gained significant attention from international media, with its interaction, visibility and connectivity being compared to that found on social media platforms such as Facebook, YouTube and Instagram.  Indeed, The New York Times has referred to it as “A Facebook-Style Shift in How Science is Shared”.

Problems have arisen because a significant number of the articles being shared on the ResearchGate platform are protected by copyright which belongs to the original publishers of those articles rather than to the authors (who are the ones doing the sharing). There seems to be some confusion among the users of ResearchGate regarding the extent to which they are allowed to publish and distribute their own research and publications on the platform, as demonstrated by a discussion in the Forum of the website which can be seen here.

The issue is far from clear because much depends on the contracts that the article authors have with their publishers. The upload by an author of previously published material onto a publicly-accessible online forum generally requires the authorization of the publisher who owns the copyright. However, the publishers themselves have differing policies.  Some allow the upload of material when a certain period of time has elapsed since the original publication; some distinguish between different kinds of servers; some distinguish between preprint and postprint publications (i.e. publications which have not been peer reviewed and those which have).

A number of major publishers have become increasingly concerned about the copyright infringement occurring on the ResearchGate platform and, on 15 September 2017, lawyers representing STM sent a letter to ResearchGate proposing changes to the way that that it handles uploaded material. The changes would make it easier for users to know if they were legally permitted to share the material in question. STM also proposed the introduction of pre-release copyright clearance and the ceasing of content extraction by ResearchGate.  STM advised ResearchGate that its members could follow up individually or collectively if a workable solution was not found.

In a statement published on 5 October 2017, five STM members (ACS, Brill, Elsevier, Wiley and Wolters Kluwer), part of the self-named ‘Coalition for Responsible Sharing’, informed the public about their decision to take formal steps against ResearchGate.  In particular, this would involve the sending of formal takedown notices to ResearchGate requesting that infringing material be removed from the site.

Whilst acknowledging the importance of exchanging knowledge, the Coalition’s main concern is the free availability of copyrighted material.  According to the Coalition, ResearchGate’s business model “depends on the distribution of these in-copyright articles to generate traffic to its site, which is then commercialised through the sale of targeted advertising”.  However, no financial contribution is given to the copyright owners.

Alongside the sending of takedown notices, ACS and Elsevier have asked the German court to decide on the copyright infringement issue and, in particular, to clarify ResearchGate’s responsibility and liability as an intermediary in allowing the sharing of copyrighted material on its platform.

The Coalition has since reported that ResearchGate has removed a significant number of copyrighted articles from its site.  However, it is claimed that not all copyright violations have been addressed.

While the legal situation seems very clear in regard to all copying , extracting and amending  carried out by ResearchGate itself, it will be interesting to see how the court rules on prior clearance of uploaded material and the removal of infringing content uploaded by users.  In the past, German courts have found platform operators liable for their users’ copyright infringement only if they have knowledge of the infringement, since it is technically impossible to control what is uploaded by users.

This case demonstrates the relatively new dilemma facing authors and the publishing and entertainment industries.  Authors desire maximum exposure for their material because what is not known or visible online cannot be sold but the publishing and entertainment industries favour limited exposure controlled by copyright law because, from their perspective, what is available for free cannot be sold. 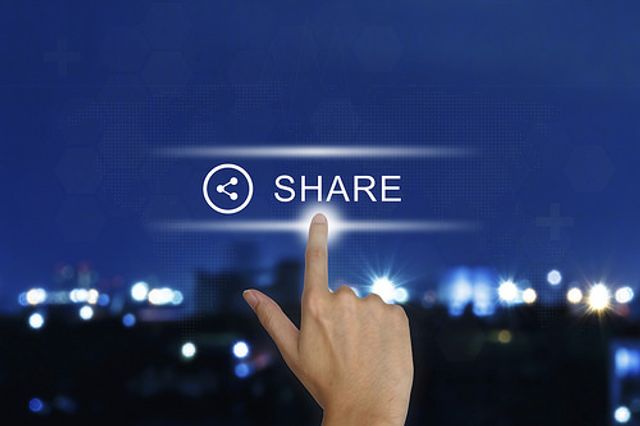 A lot of academics are on @ResearchGate but all researchers should upload their papers. Don't know how copyright works for journal articles.

Copyright and publishing is a difficult issue. I personally rely on researchgate quite heavily but I also see their point... @archaeology https://t.co/vdq04tQ96M

ResearchGate is at the Epicenter of Legal Controversy, as Large Publishers Sue it over Copyright Infringements | O… https://t.co/bX81k9Jwy7