The name of the German philosopher Gottfried Wilhelm Leibniz is at stake in a recently sparked dispute between the famous biscuit and bakery manufacturer, Bahlsen, and one of the most important universities in Germany, the University of Hannover.

Leibniz Butter Biscuits are sold in more than 50 countries worldwide. Bahlsen has registered trade marks containing the word "Leibniz" for a wide variety of its bakery products since 1897, following a then popular custom in commerce to name food products after famous people.

The University of Hannover has, since 2006, been called “Leibniz Universität Hannover” after its most famous scholar.

Until 2015, Bahlsen and the University co-existed with no conflict, but when the university opened a gift shop and named it “Leibniz Shop” and registered several “Leibniz Shop” domain names, Bahlsen felt the need to protect its rights to the name.

The online shop of the University does not currently sell bakery products but does feature “Leibniz” tea and sparkling wine, indicating that these products are available in the local shop at the university. The products sold in the online shop are mainly merchandising products such as stationery, T-shirts and small electronic gadgets.

In initial settlement negotiations, Bahlsen proposed that the University should rename the shop “Uni Leibniz Shop” to eliminate a risk of confusion with its biscuit brand, but the University would not accept this.

One such aspect will be the reputation of the earlier trade mark and the question of whether it enables Bahlsen to prevent third party use of the name “Leibniz” in relation to products not specifically covered by its registrations. It will be necessary for Bahlsen to demonstrate that the use takes unfair advantage of, or is detrimental to, the distinctive character or the reputation of its registered mark.

In this particular case, the reputation of the name “Leibniz” is not solely a result of Bahlsen’s use of the trade mark for the famous biscuits; it was a famous name before Bahlsen adopted it and, indeed, chosen by Bahlsen for that very reason. The University could be considered to be taking advantage of the reputation of the philosopher, rather than that of the biscuit, unless Bahlsen can prove that customers of the university shop are more familiar with the biscuit than the philosopher.

We will follow the case and keep you updated. 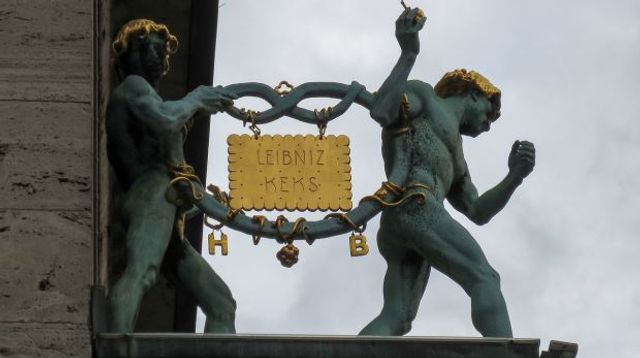