The availability of forums for third parties to contest the validity of patents is crucial for a strong patent system. Such forums provide an opportunity for a patent to be re-assessed, particularly in view of prior art that was not considered during examination, to ensure that only innovations that satisfy the requirements for patentability are granted monopoly rights.

In the US the validity of a patent can be contested in the courts and/or before the USPTO in an inter partes review (IPR) procedure conducted by the Patent Trial and Appeal Board (PTAB). The IPR and PTAB procedure was enacted by the America Invents Act and has been subject to criticism and controversy. Indeed many patent holders, particularly in the pharma industry, have argued that the process is unfair and unnecessary because patents are already open to challenge in the federal courts.

Whilst the availability of multiple forums for contesting a patent is not particularly unusual - the validity of granted European patents can be contested centrally before the European Patent Office in so-called "Opposition" proceedings as well as before national courts - the existence of the PTAB as a forum for determining the validity of patents is being contested. The US Supreme court will consider next year a challenge that the PTAB in unconstitutional.

Even if the existence of the PTAB is not found to be in violation of the US constitution, a recent move by the pharmaceutical company Allergan may undermine the utility of this forum. Allergan has transferred its US patents on the dry-eye drug Restasis to the Saint Regis Mohawk Tribe in an attempt to overcome a validity challenge before the PTAB. The tribe will use sovereign immunity as a ground to dismiss the patent challenge based on the precedent set earlier this year in a case involving the University of Florida. The University successfully argued that it was immune from challenges before the PTAB on the basis that it is an arm of the state of Florida and therefore entitled to sovereign immunity.

It is expected that the request for dismissal will be successful because the Supreme Court has indicated previously that Native American tribes have a sovereignty that is stronger than states. Under the conditions of the deal, Allergan will take a license to the patents and, in return, the tribe will receive $15 million in annual royalties as long as the patents remain valid.

Of course, even if this strategy is successful, the patents will be open to challenge before the federal courts. However, Allergan may feel it has a better chance of defending its patents before the courts than it would before the PTAB. This may be, in part, due to the different approaches taken by the PTAB and courts in interpreting the scope of the claims.

The USPTO and PTAB take the "broadest reasonable interpretation (BRI)" when construing a claim, whereas the courts construe the claims based on the "plain and ordinary meaning" of the claim wording. The latter standard tends to result in a narrower construction. The disparity between these standards has resulted in the PTAB being described as a "patent death squad", but recent statistics indicate that the PTAB may be softening its approach.

Nevertheless, patentees are still wary of proceedings before the PTAB in view the BRI standard, which can stretch the meaning "reasonable" to the extremes. A broad interpretation can result in claims being interpreted to encompass subject matter far beyond the intended scope of the claims and certainly beyond what could reasonably be expected to be enforceable against third parties in infringement proceedings before the courts. This discrepancy between the PTAB and courts can be not only frustrating, but ultimately damaging to a company's prospects if its patents are found invalid based on prior art that is only relevant based on an extreme or unusual interpretation of the claims.

Given that most patents are not litigated and simply act as a deterrent to third parties, it could be argued that the BRI standard is appropriate. For instance, cautious third parties may decide to work well outside the scope of the claims of a granted patent to minimize the risk of an infringement action. However, the extent of the BRI standard needs to be balanced with the need for certainty for all parties, including patentees who need to be confident in the system underpinning their intellectual property rights.

Whilst the move by Allergan may be considered a cynical ploy to work around the system, it is perhaps a further indication that reform of the US patent system is required to ensure that it is equitable for both patentees and competitor companies with a legitimate interest in bringing new innovative technologies to the marketplace. In any case, if Allergan is successful in circumnavigating the PTAB procedure, we can certainly expect other companies to go down this route in the future.

The drugmaker Allergan announced Friday that it had transferred its patents on a best-selling eye drug to the Saint Regis Mohawk Tribe in upstate New York — an unusual gambit to protect the drug from a patent dispute. 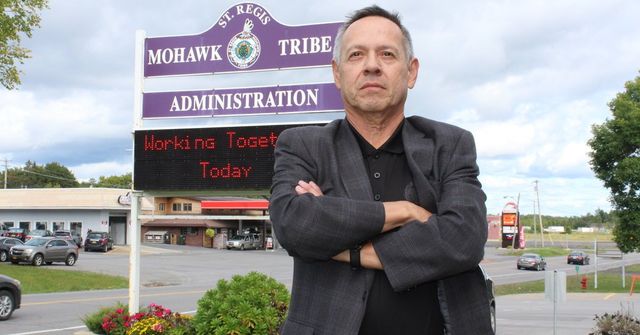 How to Protect a Drug Patent? Sell it to a Native American Tribe: https://t.co/MGpIUFfJFg

👇 It's this kind of shiftiness that gives the pharma industry a bad rep https://t.co/ldlyXfCryb pic.twitter.com/xmGR3N5kqE

How to Protect a Drug Patent? Give it to a Native American Tribe, via @nytimes https://t.co/SzTMjnpzkt

Points for innovation, I guess... https://t.co/QFXdnXNgBV

How to Protect a Drug Patent? Give it to a Native American Tribe https://t.co/dyB2m6zzl3 #patents #biotech pic.twitter.com/rtEivdbvHk