Now that the grounds of decision of the District Court in Düsseldorf regarding the cancellation of the German trade mark “TESTAROSSA” have been published, we can gain further insight into the case.

The decision finds the cancellation action to be justified, because no sufficient proof of use of the trade mark was provided by Ferrari.  A main focus of the decision was the question of the nature of genuine use.  Genuine use of a trade mark exists where the mark is used in accordance with its essential function, which is to guarantee the identity of the origin of the goods or services for which it is registered. According to the court, the use that was proven in connection with maintenance services or spare parts does not fulfill the function of a trade mark, because the use of the mark is not considered genuine use in relation to the goods for which it is registered, but rather merely to be a reference to describe other goods/services e.g. goods that are spare parts for the registered goods.

Another interesting finding of the court regards the role of the reputation of the trade mark.  The fact that Testarossa might be a famous trade mark with a reputation does not lead to a reversal of the burden of proof for the use, i.e. the plaintiff is not required to prove non-use.  The court recognised the possibility that a trade mark could acquire a reputation giving rise to enforceable rights under German law by virtue of use prior to the relevant five-year use period.  A trade mark registration could therefore be cancelled because no genuine use had been shown during the relevant five-year period, but the mark could still be enforceable against third parties if it can be shown that the mark acquired a reputation before then.  This could provide a new battleground for Ferrari – it will be interesting to see if they are able to pursue this route in the future to reassert their trade mark rights.

For completeness, it should be mentioned that in an earlier decision (11752 C) the Cancellation Division of EUIPO upheld the parallel trademark No. 910752 in class 12 for “Automobiles” only, ruling that the trademark was to be cancelled for the other goods and services.

For trade mark holders, though, this decision may act as a wake-up call, as it shows how important the use of a trade mark is, as well as the importance of retaining documentation evidencing such use. 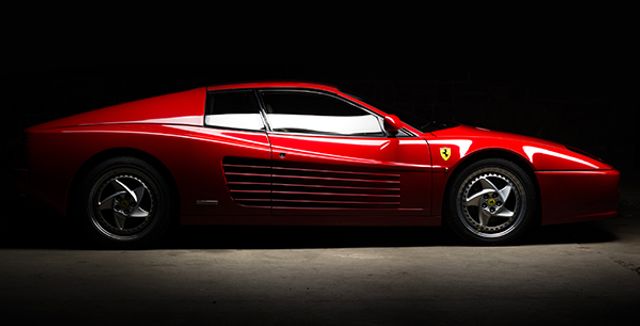