Pop culture writer Kevin Powell has filed a copyright infringement action in the USA against the executive producers of the movie “All Eyez on me”, a bio-pic about Tupac Shakur, the hip hop legend who was shot in 1996, because the movie features content from three cover stories on Shakur that Powell wrote for the magazine Vibe.

The case is not based on a direct copying of the articles but on non-factual content of the articles that was created by the author for embellishment. The central figure of the articles was a fictitious character named Nigel. Powell claims that substantial elements of the movie about Shakur were based on interviews he did with him and that the fictional characters and re-worked narratives were used in the movie as well.  While copyright law in different countries would evaluate the question of the infringement in a quite similar manner, from a procedural point of view, the case would look quite different in a European perspective.

The defendant has, so far, only asked for a dismissal of the motion based on the missing registration of the copyright. In the US, until 1989, a copyright needed to be registered and it expired 75 years after the registration date. Upon joining the Berne Convention in 1989, a convention that has existed since 1886 with the scope to protect creative works at an international level and which most major nations have signed, this has changed. Now, every creative work is copyrighted the moment it is fixed in tangible form. A registration is not necessary.  It is needed though in a US lawsuit, as Section 411(a) of the US Copyright Act requires that a copyright must be registered before an infringement action may be brought under it.

In EU-countries, copyright is an automatic right as well that does not depend on registration. Nevertheless, in some countries (e.g. Belgium), national laws allow registration of creative works on a voluntary basis, but this has only the purpose to identify the work and to serve as evidence in court in litigation disputes (e.g. in order to prove more easily the date of creation of the work).  It does not prove authorship though, and it is not a requirement for legal action in infringement cases. It seems that Kevin Powell would have had a stronger stance if he could have sued in Europe.

Lions Gate Films and Morgan Creek Productions, along with two others, claimed that magazine writer Kevin Powell had failed to state a claim and have requested a dismissal, in a filing made on Monday, August 7. 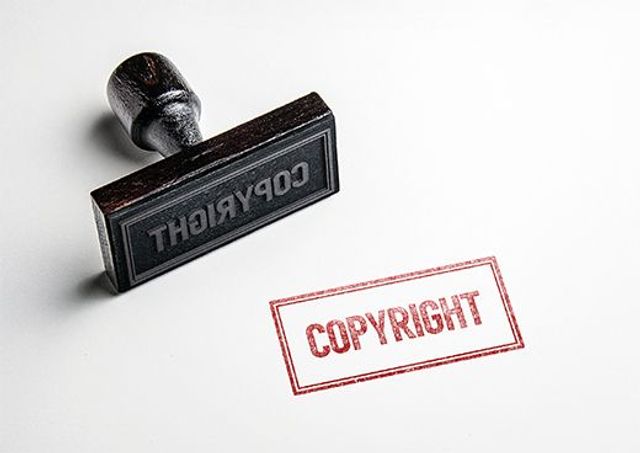