A few minutes ago the UK's ambassador to the EU handed over the "Article 50" notice which formally begins the UK's departure from the European Union.  While the UK remains a member of the EU for now, this sets the clock ticking on a two-year period for withdrawal, though in practice a consensus seems to be emerging that the shape of the final deal should be known by September or October 2018 so that it can be approved in time for the UK's formal exit in March 2019.

While the outcome of the negotiations is difficult to predict, one thing that will remain unchanged is the UK's place in the European patent system as we know it.  European patents are granted by the European Patent Office (EPO) under the terms of the European Patent Convention (EPC).  The EPC is not EU legislation and the UK will continue to remain a signatory to the EPC along with numerous other non-EU states such as Norway and Switzerland.  The EPO is not an EU institution.  Patent protection in the UK will therefore still be available via the EPO, and Dehns patent attorneys based in the UK will still be able to represent  clients in all types of EPO proceedings.

What is less certain is the fate of the Unitary Patent and Unified Patent Court (UPC).  Both of these systems - currently predicted to come into force by the end of 2017 or start of 2018 - are currently only open to EU members.  If the current timetable does not slip significantly, these are expected to come into force while the UK is still an EU member and therefore they will apply to the UK.  What is less clear is whether the UK can remain a member of the Unitary Patent and UPC after leaving the EU.  This is likely to be one of many issues on the table in the upcoming negotiations.

Another area of uncertainty is that of Supplementary Protection Certificates (SPC's) for medicinal and plant protection products.  These are granted in the UK under EU Regulations which will cease to apply to the UK when it leaves the EU.  However, the Government has announced an intention to transpose EU legislation directly into UK law wherever practicable, and in view of the importance of the pharmaceutical and agrochemical industries to the UK economy it seems probable that the UK will choose to mirror the current EU system for SPC's.

We will be keeping a close eye on the Brexit negotiations over the next two years and further updates will be posted here as more news emerges.  For a more detailed summary of the effect of Brexit on Intellectual Property protection please see our free guide or contact us for more information.

The UK is officially on its way out of the European Union after 44 years. Prime Minister Theresa May has triggered Article 50 of the Lisbon Treaty starting a two year countdown to the UK's exit. 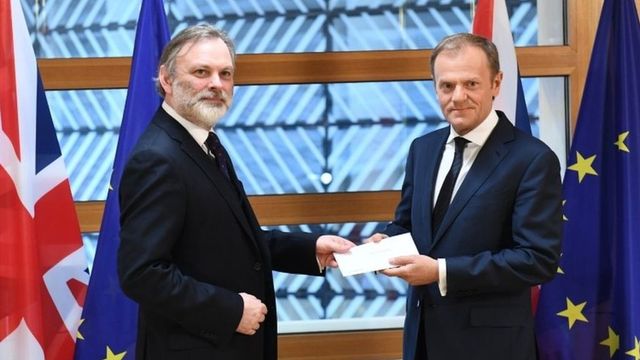 'No turning back' on Brexit as Article 50 triggered: Theresa May says there’s “no turning… https://t.co/wt7Okx5Zae

A post-Brexit route to UK involvement in the UPC
Dehns