Following Samsung's victory in the US Supreme Court, in which it was found that the damages awarded to Apple for Samsung's infringement of their iPhone design patents had been assessed incorrectly and that the case should be remitted back to the Federal Circuit, the Federal Circuit have themselves passed the buck and remanded the case down to the District Court (for the Northern District of California) for further consideration. This has the potential for a new trial for the assessment of damages.

The question, which the Supreme Court did not answer, is whether the "article of manufacture" covered by the design patents should be the entire product as sold to customers or just some components of the smartphone (i.e. those relating to the design patents), when assessing the profits made by Samsung and therefore the damages awarded to Apple. Clearly, Apple would prefer the former interpretation to maximise the damages whereas Samsung would prefer the latter.

The Supreme Court, although they decided that the damages awarded previously had been assessed incorrectly, gave no guidance on the correct methodology for assessing the damages, in what was a fairly brief judgement. The Supreme Court only clarified that the assessment of damages should involve two steps: first, "identify the 'article of manufacture' to which the infringed design has been applied" and second "calculate the infringer’s total profit made on that article of manufacture".

The Federal Circuit will almost certainly have a further say in this matter in due course, but for the time being they have asked the District Court to opine first. It is therefore going to be a bit longer to wait for a final decision in this case, which started almost six years ago and could carry on for a number of years yet until all the avenues for appeal have been exhausted...

According to the court, Apple requested continued panel review, while Samsung asked the court to remand the suit to the district court for a new trial on damages. But the court didn’t adopt either course of action, choosing instead to remand the case for further proceedings, which may or may not include a new damages trial. 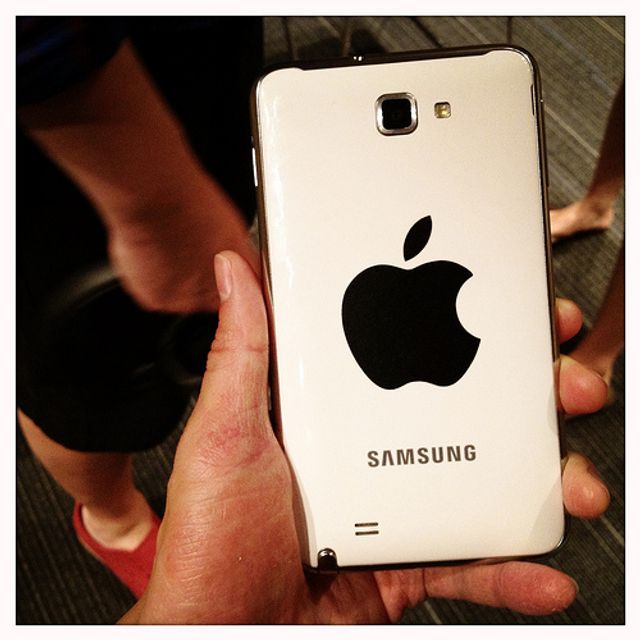