In a recent decision of the EPO's Technical Boards of Appeal, a number of questions have been referred to the Enlarged Board of Appeal on the subject of disclaimers.   This referral - presumably to become known as G 1/16 - will be the fourth time the Enlarged Board has reviewed the allowability of disclaimers under the European Patent Convention. The eventual decision will have significant ramifications for European patent practice, and will be particularly important in the field of chemical and biotechnological inventions where disclaimers are most often encountered.

You're probably wondering, "What has all this to do with apples?"  For that, read on - but first, you might want a bit of background information.

A disclaimer is a "negative limitation" on the scope of a claim.  A claim normally defines the scope of protection which is being sought in positive terms by listing features that need to be present: for example, "A composition comprising X".  A disclaimer instead defines the claim scope by reference to features that are not present: for example, "A composition comprising X but not Y".

Going back to the simple examples above, imagine a claim that originally related to "A composition comprising X".  Imagine that this is amended during examination to "A composition comprising X but not Y".  If the original application documents don't discuss Y at all, this new disclaimer ("not Y") is known as an "undisclosed disclaimer". The Enlarged Board of Appeal confirmed, in its parallel decisions G 1/03 and G 2/03, that undisclosed disclaimers are allowable in limited circumstances.

Now imagine that the original claim and the amendment are as described above but the application as originally filed does discuss Y.  However, it doesn't explicitly say that "X but not Y" is desirable.  In fact it might even say that "X plus Y" is preferred!  In these circumstances the amendment to claim "A composition comprising X but not Y" is known (somewhat confusingly) as a "disclosed disclaimer".

The allowability of "disclosed disclaimers" was the subject of Enlarged Board of Appeal decision G 2/10.  Here the Enlarged Board held that the test for allowability of these disclaimers was the EPO's so-called "gold standard" test, namely “whether the skilled person would, using common general knowledge, regard the remaining claimed subject-matter as explicitly or implicitly, but directly and unambiguously, disclosed in the application as filed.”

In the case giving rise to the new referral, the Applicant amended the claims during examination to introduce two undisclosed disclaimers.  These met the G 1/03 and G 2/03 test, but not the G 2/10 test.  The question therefore essentially arises as to whether G 2/10 overrides G 1/03 and G 2/03, or whether "undisclosed disclaimers" represent an exception to the "golden rule" of G 2/10.  Different decisions of the Technical Board of Appeal have diverged on this point and therefore the Board in this case took the decision to refer the questions below for a ruling by the Enlarged Board, which should hopefully settle this point.

Amusingly, in deciding the questions to be referred, the Technical Board of Appeal in this case described the tension between "undisclosed disclaimers" and the G 2/10 test with reference to taking a bite out of an apple:

Patent practitioners in the fields of chemistry and biotech will doubtless therefore be interested to see how the Enlarged Board of "A Peel" - sorry, Appeal - decides this case. 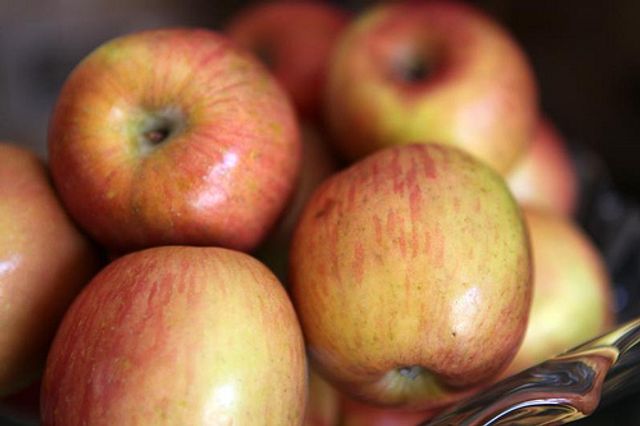