In 1930, Albert Einstein, along with Leo Szilard, was granted a patent for the invention of an absorption refrigerator having no moving parts and needing only a heat source to operate.  Over 80 years later, a student from Loughborough University has designed a portable refrigeration device (the "Isobar"), based on Einstein's invention, for transporting and keeping cool vaccines in the field, winning the James Dyson award in the process.

Einstein's invention was to realise that heat can be used to separate ammonia from water into a separate chamber but, as ammonia is hydroscopic (attracted to water), this then allows the ammonia to evaporate back into the original chamber containing the water (when a valve is opened).  The evaporation provides a strong cooling effect which can be used to cool a refrigerant, e.g. butane, for the refrigerator.

In the Isobar, the heat source is provided by an electric heating element, with a propane heater as a backup.  This allows the Isobar to keep vaccines cool for up to 30 days, enabling vaccination programmes to be carried out in remote regions of developing countries.

When Einstein developed his patented refrigerator, the technology was quickly superseded by modern electric refrigerators, albeit containing moving parts (e.g. a compressor).  This demonstrates that a patent is only one of many steps in bringing a product to market and does not guarantee any commercial success.  A patent is a negative right that stops others using your patented invention, but it does not entitle you to anything.

As for the Isobar, Einstein's patent has long expired, so there is no risk of any infringement!

"It was such an innovative technology in 1929 that was forgotten and taken over by electric refrigeration. It gives me the confidence to pursue it with my whole heart in the knowledge that I can actually make this device and that it could have a great impact for the benefit of thousands of people." 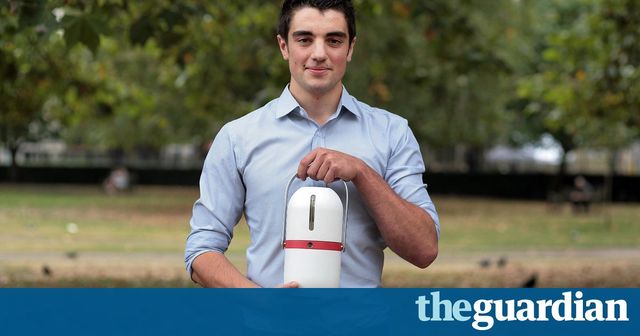 How a forgotten cooling technology invented by Einstein could refrigerate vaccines & save lives https://t.co/SjJPLxLj6K #vaccineswork #tech