Similar to the technologies from the space sector being transferred into terrestrial applications, that I discussed in my post yesterday, healthcare is now seeking inspiration from innovations developed for Formula 1 that can be used to improve its technologies and procedures.

In one example, discussed in the article below, the fine-tuned pit stop strategy employed in F1 is being used to streamline the procedures carried out during resuscitation of infants in hospital. In both environments the work is time-critical, space-limited and involves a large number of people.

In a further example, electronic control units developed in F1 are now being used in hospital monitoring systems, owing to their ability to monitor multiple variables simultaneously. These systems an therefore monitor the heart rate, blood pressure and oxygen levels of a patient and detect signs of deterioration much sooner than conventional systems.

More generally, aerofoils from F1 cars have been used in supermarket refrigeration systems to recirculate the chilled air, thus minimising the losses of the cold air and consequently the power consumed by the system.

What other industries could benefit from looking outside of their box for technologies that they could exploit?

After their visit to Williams, the neonatal team streamlined the resuscitation equipment trolley to ensure equipment could be found as quickly as possible and mapped a standardised floor space in delivery theatres to clearly show the area for the resuscitation team to work in. They are also adopting Formula 1 communication and analysis techniques such as a "radio-check" before a resuscitation begins, greater use of hand signals in preference to talking and video analysis to check on performance, with debrief meetings as standard. 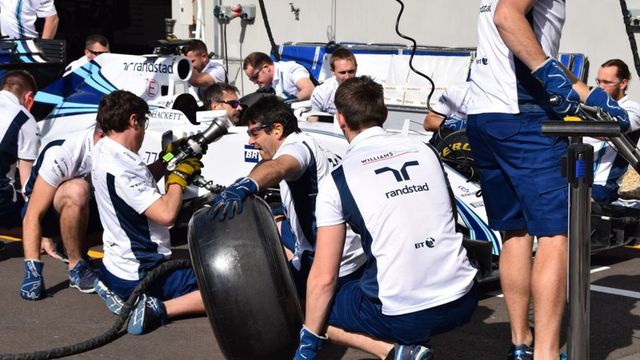 Who knew the world of neonatal resuscitation could relate to a Formula 1 pit-stop! https://t.co/cuaWh9pQJs