Fans of comedian John Oliver might have seen his recent rant about low standards in science journalism (and if you haven't already watched it, I'd urge you to take 20 minutes out and do so).  As hilarious as it is, there is a serious underlying question: how do we make new scientific findings interesting and accessible to a lay public without stretching the conclusions so far that they become unrecognisable?

While John Oliver's video focuses on some of the more ridiculous instances of the media distorting science (Smelling farts cures cancer! A glass of wine is as good for you as an hour at the gym! Driving while dehydrated is as bad as driving while drunk!), there can be more subtle examples, and even respected scientists can run into difficulty when trying to popularise their own work.

The Nature article highlighted below reports a controversy surrounding a recent piece in the New Yorker which aimed to explain some concepts in epigenetics.  The author tried to give the complexities of the science a "human interest" angle by referring to his identical-twin aunts for illustration. Even though the author is himself an eminent scientist and winner of a Pulitzer Prize, this has not spared him from some quite vicious criticisms by other scientists, accusing him of omitting some important details and over-emphasising other aspects to draw questionable conclusions.

I'm a chemist, not a geneticist, but as an avid New Yorker reader I thought that the article in question was interesting, accessible, and thought-provoking. The furore surrounding its accuracy, coinciding with John Oliver's latest monologue, has set me thinking about whether there are any comparisons to be drawn with the world of intellectual property, and in particular with patent drafting.

We patent attorneys have formidable scientific backgrounds, and our career revolves in large part around communication of scientific ideas and explanation of their relevance.  Surely we shouldn't fall foul of the same problems that plague science journalism?  Well...

One of our essential tasks when drafting a patent application is to take a new scientific development, understand its implications in a wider context, and to break it apart into one or more key contributions to the field that will, to the best of our ability and knowledge, meet the legal requirements of novelty and "inventive step" or "non-obviousness".  In this respect there are some similarities to science journalism: both patent attorneys and journalists need to be able to identify the main scientific advance and to explain its significance.

Unlike popular journalism, of course, patent applications don't need to be sexy, or sensationalist, or exciting.  They are also written with a technical readership in mind, not for a lay audience.  However, an important objective in drafting a patent application is not only to protect exactly what has been done but also to protect some space around that, so as to encompass reasonably foreseeable developments or modifications and plausible applications of the technology that might go beyond the inventors' own studies thus far.  Despite the fact that our friends the patent examiners are also qualified scientists and engineers, the task of convincing them of the merits of an invention can often also seem more straightforward if the path to its development can be presented as involving an intuitive leap, a "Eureka moment" that couldn't have been readily predicted.

It's in the these twin requirements of (reasonable) breadth of protection and (plausible) explanation of the inventive step, and in their interplay, that the unwary patent attorney could find him- or herself falling into the same trap that ensnares so many science journalists.  The urge to continue pushing the boundaries of the invention evermore that little bit further, and to portray the invention as an audacious struggle in the face of an overwhelmingly sceptical scientific consensus, can be very seductive.  In rare cases it might even be justifiable - but usually we need to be on guard against the temptation to go quite so far, lest we end up with something absurd like the combined cat flap and nuclear bomb described in GB1426698.

Real science rarely develops in a neat, logical progression, nor do discoveries always get made in sudden intellectual leaps.  The real story is normally rather messier, a story of dead ends and disappointments, a story of frustration and tears and incremental developments, normally culminating not in a cry of "Eureka!" but rather a puzzled frown and a murmured "Hmm, that's interesting...".  Quite often the success or failure of an invention can't be pinned down to a single parameter - sometimes it can't even be explained with confidence exactly why it works, just that it does.  An invention is often a neat, relatively minor tweak to what's gone before, which is interesting rather than Earth-shattering, but nevertheless worthy of patent protection.

Ultimately, this leaves us with a few tricky conundrums. How do we protect the space around the exact current embodiment of the invention without going too far?  How do we demonstrate to the Examiner in concise, pithy terms just what the significance of the invention is? How do we avoid excessive hype without portraying it as so incremental that the Examiner is tempted to hand-wave it away as an obvious development? How do we pin down the core inventive contribution when, in reality, the trends in the data might be clear but the overall message is "I think you'll find it's a bit more complicated than that"?

There doesn't seem to be a simple answer to these questions.  Patent drafting is as much an art as a science; perhaps the key to being a good patent drafter is to be aware of all the issues above and, at every step of the way, to ask yourself "Have I gone too far on this point?  Have I not gone far enough here?  If I change this point, how does that change the story of the invention?  Is this conclusion really tenable?".

Tempting as it may be to laugh at the latest sensationalist and breathless "Facebook causes cancer" story in the media, we attorneys shouldn't rest on our laurels.  As the story of the New Yorker article shows, even the best scientists and writers can back themselves into corners in trying to explain highly specialised science.  Patent attorneys should probably therefore watch John Oliver, laugh at his deconstruction of the media, and then think - "How can I avoid those traps?"  Just like journalists, we need to walk the tightrope between accuracy and intelligibility - and if we can make our patent applications as interesting as a news story, that's normally a plus!

Jerry Coyne, an evolutionary ecologist at the University of Chicago in Illinois, posted two widely discussed blog posts calling the piece “superficial and misleading”, largely because it ignored key aspects of gene regulation. Other researchers quoted in the blog posts called the piece “horribly damaging” and “a truly painful read.” 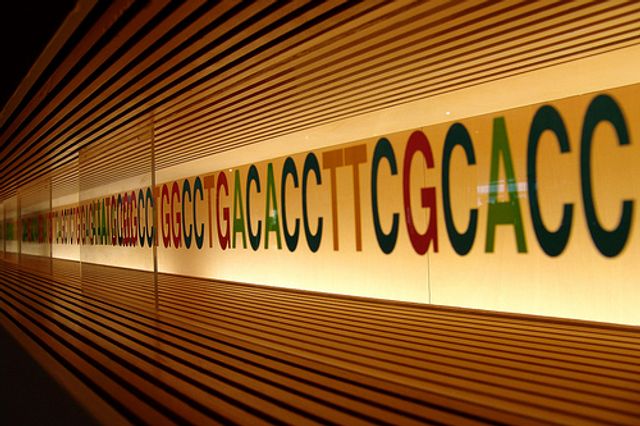 The Emperor of all Twitterstorms? The New Yorker steps on a landmine named epigenetics. https://t.co/CAkSpeF2GA pic.twitter.com/3tXZKhDNXe