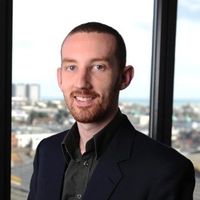 In most countries in Europe, Intellectual Property (IP) arising from academic research is owned by the academic institutions, not the academics themselves. The result is that the academic founders of most biotech companies don't own their IP.

The same "institutional ownership" model has existed in the US since 1980. Before then, the US government owned the rights to publicly funded research. The 1980 Bayh-Dole act changed the ownership model, such that US universities became able to claim ownership of IP resulting from that research. A dramatic increase in the commercialisation of academic research followed.

There are good reasons for placing ownership of IP and responsibility for its commercialisation with dedicated tech transfer offices rather than with busy, research-focused academics. But the case of Norway post-2003, discussed in this article, is thought-provoking. A move from the professor's privilege model to an institutional ownership model led to an apparent decrease in the level of university innovation.

Now that the institutional ownership system and the role of TTOs are well-established in Europe, might increases in university innovation be achieved by rewarding academics with a share of IP ownership?

Recent data from a Norway study suggests that their shift in 2003 from the professor’s privilege model to a university TTO agency model (akin to Bayh-Dole) shrank the number of startups by 50%, hurt entrepreneurship and impaired the quality of the new ventures in the subsequent five years...